Hajj Abdallah loved all sports from a very young age and prior to the onset of his health problems, excelled in Boxing (he was Paperweight champion of Nigeria in 1960), Table Tennis, Basketball and Squash.

He immersed himself unwaveringly in community work from 1987 until his death.  The dearest to his heart was the Australian National Sports Club which he joined in 1987 when it was only a Soccer Club.  He became Coach and a Referee and encouraged young people to become Referees with him acting as a mentor by taking on the role of Assistant Referee gratis in order to give them support and encouragement.

He perceived a need for the youth of the Canterbury Bankstown region to find a healthy outlet for their energies and was the inspiration behind the facility that now houses the Australian National Sports Club, a multi-sport complex in the heart of Lakemba.  The project was his dream.  He pursued that dream until it became a reality despite many obstacles, particularly financial obstacles, that had to be overcome during the construction phase.  He project managed the construction and then ran the Club until the cancers overtook him and he passed away on 23 May 2015.

Abdallah was an inspiration to our community – a selfless, giving man, mentor and hero indeed!  He left behind a legacy inspiring us all that we can achieve and make a change in both our lives and the lives of others in the community if we put our goals ahead of our own desires and strive towards them with determination.

He will be remembered, honoured and celebrated by the community.  Even though he has passed from this world, his legacy, sports centre and selfless acts of kindness will continue to be alive with us always.

At the time of his death, Abdalla had been: 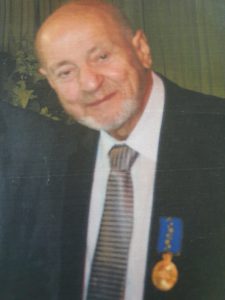 Hajj Adib served the Arabic community for more than half a century commencing from the day of his arrival in Australia in 1951 until his passing.

He was a Life Member of the Australian National Sports Club and his loyalty and dedication to the Club and to his role are sorely missed.

Hajj Adib was old school.  He was committed, trusted and his word was his bond which meant that the high regard he was held in by the community was unstinting and he will always be remembered for those qualities.

He was awarded a well-deserved Order of Australia Medal in 2009 for his services to the community. 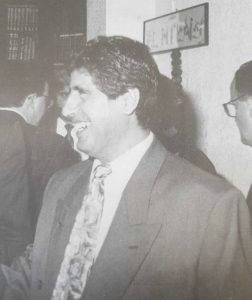 The late Hajj Ismail Issa, the founder of Trademaster Joinery, was never a member of the Australian National Sports Club.  Nevertheless, he was a benefactor of the Club in that he, impressed by Hajj Abdallah Tabbaa’s vision of a Sports Complex for the local community, donated funds for the laying of the foundation of the facility.

In 2011, at an official opening of the Complex on 27 February by the Hon. Robert Furolo MP, his generosity was honoured by the complex being named the Ismail Issa Indoor Sports Centre.

Dr Hossam Ibrahim
The Board and members of the Australian National Sports Club Inc were deeply saddened at the loss of its Under 9 Soccer Team Coach in a freak accident on 5th January 2019 during an electrical storm.

He was highly respected by members and players of the Club and the community in general and will be sorely missed but never forgotten. The Club thanks his family for sparing him the time he put into coaching our boys. May he be greatly rewarded for his efforts in Jannah.

The Australian National Sports Club nominated Dr Hossam for a Volunteer Award for his services to the Club and to his team. The Award was presented to his brother by the CDSFA at a Dinner held on 7th of September 2019.

THANK YOU FOR YOUR CONTINUING SUPPORT